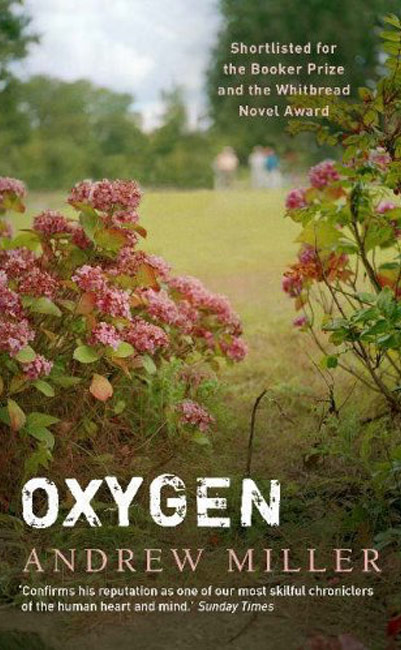 Highly accomplished ... breathe in and enjoy

Miller's use of imagery is always unexpected, sometimes astonishing ... it is also impossible to put down

His prose is perfectly balanced, both beautiful and exact

Shortlisted for the Booker Prize, a deeply moving exploration of courage, love and liberation in the modern age.

In the summer of 1997, four people reach a turning point: Alice Valentine, who lies gravely ill in her West Country home; her two sons, one still searching for a sense of direction, the other fighting to keep his acting career and marriage afloat; and Laszlo Lazar, who leads a comfortable life in Paris yet is plagued by his memories of the 1956 Hungarian uprising. For each, the time has come to assess what matters in life, and all will be forced to take part in an act of liberation -- though not necessarily the one foreseen.

Andrew Miller's first novel, Ingenious Pain, was published by Sceptre in 1997 and greeted as the debut of an outstanding new writer. It won the James Tait Black Memorial Prize, the International IMPAC Dublin Literary Award and the Grinzane Cavour Prize for the best foreign novel published in Italy.

It was followed by Casanova, then Oxygen, which was shortlisted for both the Booker Prize and the Whitbread Novel of the Year Award in 2001, The Optimists, and One Morning Like A Bird. In 2011, his sixth novel, Pure, was published to great acclaim and went on to win the Costa Book of the Year Award.

Andrew Miller's novels have been translated into thirty languages. Born in Bristol in 1960, he has lived in Spain, Japan, France and Ireland, and currently lives in Somerset.

Highly accomplished ... breathe in and enjoy

Miller's use of imagery is always unexpected, sometimes astonishing ... it is also impossible to put down

His prose is perfectly balanced, both beautiful and exact